Hello Neighbor 2 has confirmed for the PS4 and PS5. 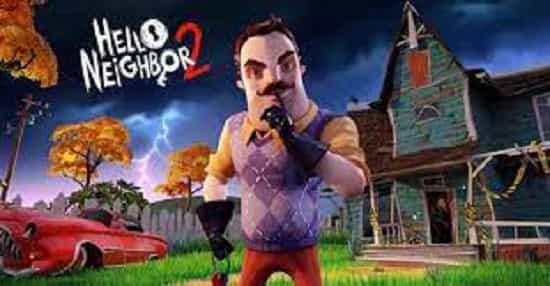 Hello Neighbor 2 has confirmed for the PS4 and PS5: Hello, Neighbor 2 is an adventure game in the genre of survival horror in which players attempt to discover the dark secrets that their creepy Neighbor has while making sure they don’t get taken hostage by him.

It is an expansion of the first Hello Neighbor game and create with Dynamic Pixels and Eerie Guest Studios and will release by tinyBuild.

A new blog post was published that revealed the news that Hello Neighbor 2. scheduled to available on the PS4 and the PS5 in the coming year. However, that’s not the final word for the fans of Hello Neighbor 2.

Additionally, a brand-new Pre-order trailer of Hello Neighbor 2 was released earlier in the day to introduce the beta and reveal some gameplay. The trailer begins by showing the main protagonist. Quentin, making his way from the highway towards the neighborhood of Raven Brooks.

The trailer changes to a screen that shows photos of the neighborhood residents. That all seem to connect with “The neighbor” from the original game. It then shows him sneaking into other people’s homes, examining their houses to find hidden treasures, and solving puzzles.

The article gives more details about the game’s creation and a glimpse of the story behind the game. And what gamers will expect when they play the sequel.

Hello Neighbor 2 has confirmed for the PS4 and PS5

This game is about Quentin, the reporter investigating missing person cases across the town, including Nicky Roth, the protagonist of the initial Hello Neighbor game. The game is different from the original one.

Hello, Neighbor 2 gameplay will involve players looking through the area in Raven Brooks instead of the basement of a single house.

To make Hello Neighbor 2, the game’s developers plan for a “constructed layer-cake of social terror and family-friendly entertainment” this time.

The aim is to blend both as the game’s storyline straddles the fine boundary between them.

The game’s horror approach will concentrate less on “in-your-face” fear and instead focus on more subtle terror. To make the characters appear terrifying, suspicious, and mysterious. It also creates the feeling of unease that is present within the game.

Hello, Neighbor 2 will have a cast of characters living in the neighborhood players meet during the game. The trailer shows some of them already. Such as the Baker, Fisherman, the Mayor of the town. And even his pet dog, and more hint at in blog post.

The characters will each have unique motivations and secrets to cover. And may even come with their behavior and AI that put the players’ abilities to the test. The video trailer of Hello Neighbor 2 concludes by briefly showing the Neighbor the character himself before wrapping up the story.

Hello, Neighbor 2 is in development and is scheduled to release shortly for PC, PS4, PS5, Xbox One, and Xbox Series X/S.