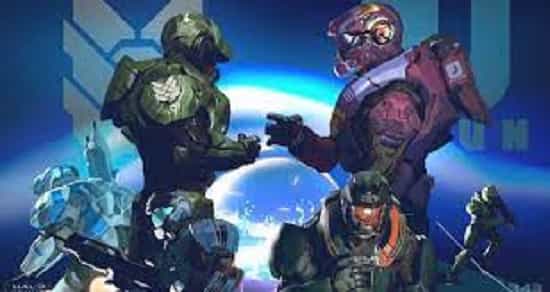 Halo Infinite video illustrates:  Halo Infinite has been a big hit since it came out in 2021. Gamers have spent a lot of time playing the game. Many Halo Infinite players also look for some weird things in the game. This isn’t the only thing they look for.

These curious gamers spend a lot of time looking around the Halo universe for random things that might help them play better. Strange things happen in the game that an average gamer wouldn’t notice most of the time. For example, one gamer found out that the multiplayer countdown in Halo Infinite was off.

They feel like they don’t have legs when they look down, which is a problem in many F.P.S. games. Users think they’re running around with no legs because Redditor Blazkowicz01 has found the reason why it doesn’t make sense. A setting called “Field of View” is to blame for this.

It is evident in the video that Blazkowicz01 looks down vertically. The player has no legs. Next, he opens his pause menu and the settings that show a “field of view” angle with a value of 120 degrees, which is the maximum value for this type of angle. He changes this value to 78 degrees and then starts the game again.

There will be legs. As if by magic, Blazkowicz01 makes legs show up out of nowhere. He changes the angle of the “field of view” again to 80 degrees, and the legs are gone for good this time as well.

Here, we can see that Halo Infinite’s legs can only see 80 degrees away from the ground. Finally, he moves the value quickly between 78 and 120 degrees to make the difference even more apparent.

This video is an excellent example of Halo Infinite players going the extra mile to look for exciting things in the game. Halo Infinite co-op mode has delayed for a second time, so fans are looking for any way to pass the time.

343 Industries has announced the release date for Halo Infinite Season 2. This is good news for Halo fans because they can take a break. The new season set to come out in May this year. It will have new maps, modes, and more.