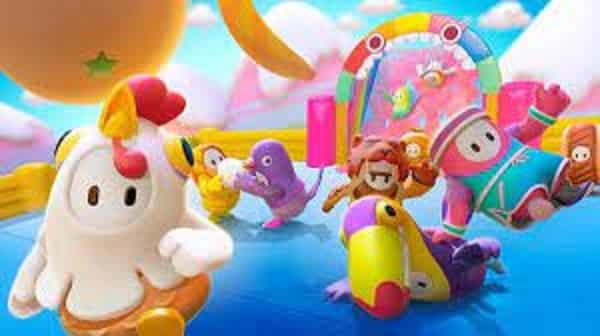 Halo Cosmetics has teased Fall Guys:  Crossovers are a crucial component of Fall Guys: Ultimate Knockout’s successful concept. Ezio Auditore and Mechagodzilla from Assassin’s Creed feature in a recent commercial picture; they are only two of many characters in the game.

It seems that Halo’s Spartans will be the next to compete in the Fall Guys tournament.

Based on two tweets, I made this informed estimate. First, the Fall Guys account teased the viewers with a picture of “a new item in the Hall of Fame,” suggesting what it may be.

The Halo account retweeted the picture with an eager eyes emoji shortly after. It’s simple, but it makes the point – Halo lovers should keep an eye on what Fall Guys has planned.

Cosmetics with a Halo theme would be a natural choice. The photograph in question depicts a covered item. But its form is similar to the Cat Ears Helmet, which is a good match for Fall Guys.

Spartan armor as a mascot outfit would be a fantastic addition as well.

In the meanwhile, massive changes are on the way for Fall Guys. First, the multiplayer knockout game will finally become free to play, and it will happen very soon – on Tuesday, June 21, to be exact.

Fall Guys is now available on PlayStation 5, PlayStation 4, and PC, with Nintendo Switch, Xbox Series X/S, and Xbox One to follow on June 21. Unfortunately, it won’t be accessible on Game Pass, but that’s a moot issue given the game’s new free-to-play status. Anyone, at any time, will be able to play it for free.

Those who have playing the game from the beginning (and so paid the $20) will not left out. You may claim the Legacy Pack if you already possess the game on its current platforms – here’s a simple instruction on how to do so.

Three unique outfits, a moniker, a nameplate, and, perhaps most importantly, a Season 1 Pass for the game’s first free-to-play season are all included.