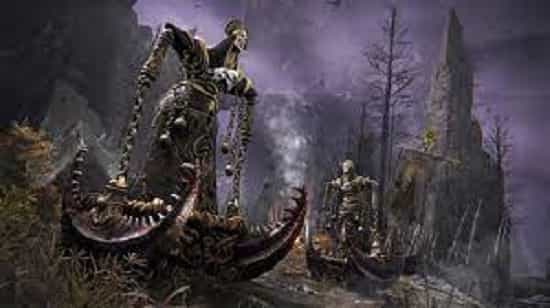 Golden Order and Dark Moon Greatswords are linked :  Elden Ring has a robust combat system that lets players choose from various builds. Players can choose from a wide range of melee weapons in Elden Ring. Including huge greatswords, katanas that make people bleed, spears, and halberds.

In the game, there are many different types of equipment for both magic builds and ranged combat. Some even have unique abilities.

First, these two weapons don’t have anything in common. But if you read the lore of the Elden Ring, you can see that they have a lot in common.

Players named MinniMaster15 made a Reddit post about the two weapons. They wrote about what they were and how they worked. They have circled a line on each page that seems to show that the Golden Order Greatsword is a different kind of Dark Moon Greatsword.

The description of the Dark Moon Greatsword says that a Carian queen gave this sword to her husband. This is similar to what is said about the Golden Order Greatsword. Which says that it was once given to Radagon by his first wife.

Several fans talk about how this revelation changes how they think about lore. I think that when Radagon got the sword from Rennala, he changed it into a sign of the Golden Order. Some fans are also commenting on how they got the Dark Moon Greatsword from Ranni at the end of her quest by giving her a ring.

To get to one of the primary endings in Elden Ring, you need to complete this long and complicated quest. The Golden Order Greatsword, on the other hand, is easy to find because it drops after you kill an optional boss in a later area.

Other Reddit users said they wanted to be able to use both weapons simultaneously. But it might be challenging because of the rules they set. They’ll also have to be at a high level to do so.

Weapons can use in pairs in Elden Ring, but they have to be of the same type to use their Power Stance abilities for extra damage. Otherwise, they’ll work like different weapons for each hand.