How to Get More Talisman Slots in Elden Ring? 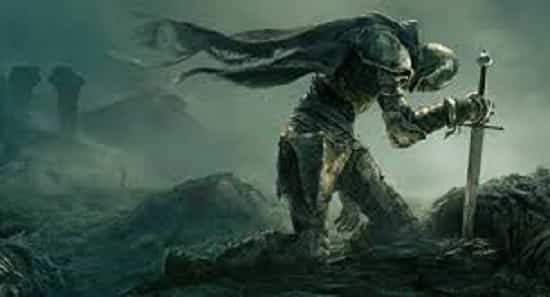 Get More Talisman Slots in Elden Ring: A subcategory called Talismans is one of the things that you can get in Elden Ring. Talismans are little things you can carry around with you that have a variety of good (and sometimes bad) effects.

For example, they can boost your stats, restore your health with a successful kill, or make you immune to fall damage. Talismans can only worn once at a time at the start of your game.

As you progress through the game, that number will gradually rise, starting at one. Elden Ring has a lot of Talisman slots, but you can get more of them.

How to Get More Talisman Slots in Elden Ring

Every Talisman Pouch you get adds an extra Talisman slot to your Equipment menu, so you can put more Talismans on at once and get their benefits at the same time (provided you have enough carry weight to handle more than one, of course).

To keep you from becoming too powerful too quickly, there are only three more Talisman Pouches in the whole game, and they aren’t all right next to each other.

Where to get Talisman Pouches in Elden Ring

You can only get Talisman Pouches from three bosses in the Elden Ring. After you beat them, they’ll give them to you, and you can keep them. If you start the game, don’t expect to equip all of your Talismans right away.

The three bosses who carry Talisman Pouches are as follows:

The first Talisman Pouch you get will undoubtedly the one held by Margit, the Fell Omen. Margit guards the entranceway to Stormveil Castle, the residence of Godrick the Grafted, who you need to defeat to progress the story, so a run-in with him is inevitable.

The second Talisman Pouch earn after defeating Rennala, Queen of the Full Moon, the second primary boss dwelling in the Academy of Raya Lucaria located in the Liguria of the Lakes region. Again, Rennala is a central boss, so you don’t have to worry about missing this one.

Technically, though, the second Talisman Pouch isn’t given to you by Rennala herself. But rather by Finger Reader Enia in Roundtable Hold as a reward for getting two Greater Runes.

The third and final Talisman Pouch is held by the specter of Godfrey, First Elden Lord. Who is encountered on the way to the Legacy Dungeon of the Lyndell Royal Capital. While not a significant boss, Godfrey is a required encounter. And you’ll have to defeat both him and his partner, Hoarah Loux, Warrior. When they’re both down, then you get the Talisman Pouch.