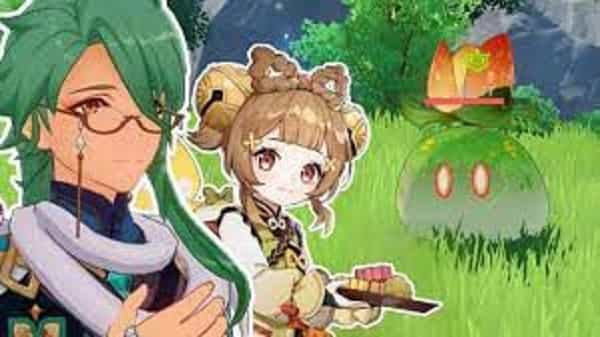 Genshin Impact Leak: Dendro and Electro Reaction buff base Damage:  With Genshin Impact‘s Version 3.0 update. Which widely expect to introduce the new nation of Sumeru and the Dendro Element.

Less than a season away, leakers have dropping a few hints about how Dendro works in battle.

The names of two Dendro Reactions were previously leaked: Overgrown and Intensified. In a new leak shared by Twitter leaker @Genshin Intel, the latter, which occurs when Dendro and Electro react to each other, further elaborate on.

According to the leak, when one element (Dendro or Electro) activates Intensified on a target, the other Element gains increased Base Damage against the target for the next seven seconds.

In addition, @Genshin Intel shared a resource from the KeqingMains Theorycrafting Library that explains how base Damage works. It considers a character’s Damage output after subtracting buffs and other bonuses.

To put it another way, Intensified will cause the following:

Electro characters will receive a base Damage buff if you apply Dendro to them.

Dendro characters will receive a base Damage buff if you apply Electro to them.

While this sounds great on paper, the community has yet to form a firm opinion on how Intensified performs in battle due to Dendro’s absence from the test servers.

Amid all the exciting Sumeru leaks, don’t forget to farm for Primos by participating in events! Check out our Genshin Impact To Ensnare a Prey web event guide for a quick resupply.