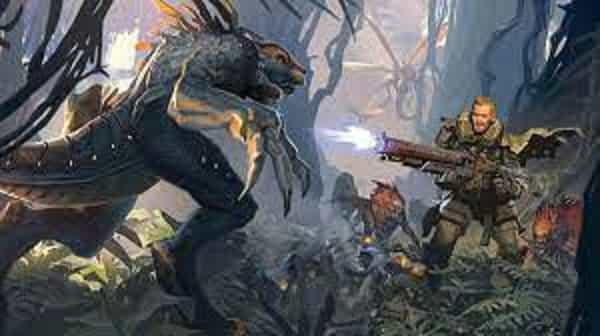 Frontier Season 1 opens June 22 with a new PvE dungeon:  The Cycle: Frontier is finally ready to launch in earnest after years of development and juggling players from closed beta to the closed beta. On May 25, developer Yager announced that Season 1 of their ambitious take on the burgeoning extraction royale genre would begin in late June.

A pre-season soft launch  also plan for two weeks before the game’s official release. The official launch of The Cycle: Frontier will include, among other things. A new playable PvE dungeon zone for players to explore.

The Cycle: Frontier is a PvEvP sandbox survival shooter similar to Hunt: Showdown or the ill-fated Battlefield 2042’s Hazard Zone mode, but with less structure.

Players equip themselves with items and weapons from their inventory before entering instanced lobbies that last six hours. After that, other players can come and go as they please. And everyone in the hall is fighting over the same loot spawns and extraction zones.

Everything you have on you becomes the property of the player who killed you when you kill. There are plenty of similar games on the horizon, but The Cycle: Frontier appears to be doing exceptionally well.

Players who played The Cycle: Frontier in the betas should know that several things have changed since those closed playtests. The game’s vast maps have expanded and retouched. AI enemy behavior has been improved, and several weapons and items have rebalanced.

Notably, the announcement of the release date also mentions the addition of a brand new “PvE dungeon for all your looting cravings.” There is, however, a significant caveat.

The new dungeon isn’t a separate game mode but rather a system of caves added to the game’s existing maps, as The Cycle: Frontier is a PvP-focused game.

Players who enter the caves will have to fight hordes of AI enemies for a chance to get high-tier loot. And they’ll have to deal with other players camping at the exits as soon as they exit.

The Cycle: Frontier will kick off its pre-season on June 8 and season 1 on June 22 with a bang. The game will only be available on PC via the Epic Games Store and Steam at launch.

According to Yager, account transfers will enabled shortly after launch so that players can move their progress between storefronts.

Furthermore, all pre-season progress carries over to the full launch of The Cycle: Frontier. So anyone who played during the pre-season keeps their loot and unlocks.