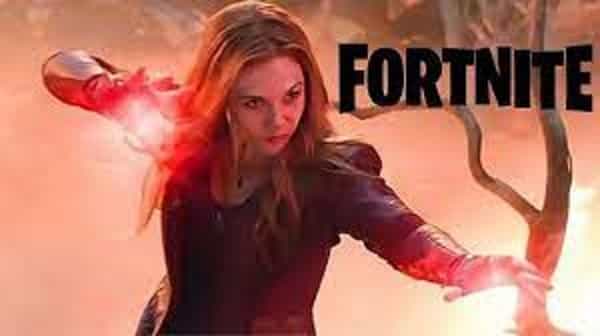 Fortnite’s Multiverse of Madness adds Scarlet Witch for Doctor Strange:  As soon as the game released its last update, Fortnite leakers said that a new Marvel character called the Scarlet Witch would be coming to the game in the next few days.

So now, Epic Games has officially added the character to the in-game Item Shop. It’s just in time for her next on-screen appearance in the movie, which is in the United States tonight.

It’s not surprising that her look in Fortnite is based on her look from the WandaVision show and the Multiverse of Madness movie. The outfit costs 1,500 V-Bucks and comes in two different styles, one called “Scarlet Witch” and the other called “Sorceress,” even though they look similar. The skin also has a “Wanda’s Cloak” back bling that you can wear.

“Chaos Hand Axe” is an item that can buy for 800 V-Bucks. It looks like Wanda’s magic from the movies. Finally, the “Psychic Energy Manipulation” emote can also be purchased for 300 V-Bucks, only if you want to use it.

Players can also buy a bundle with all the items above for 1,800 V-Bucks, which is only 300 V-Bucks more than the base skin. As of right now, there’s no way to tell how long the Scarlet Witch will be in the Item Shop. If you want the skin, you should get it soon.