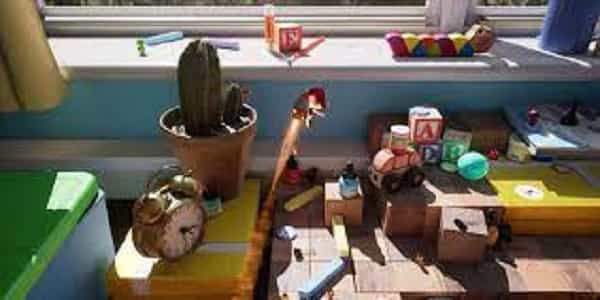 Former Pokémon art director unveils The Plucky Squire: The Devolver Digital Marketing Countdown to Marketing. Part of the ongoing Summer Game Fest 2022, was presented by Devolver Digital. Devolver announced numerous new titles that the company assists with during the event.

Anger Foot, Cult of the Lamb, and The Plucky Squire, a humorous action-adventure game, are among the titles reveal.

All Possible Futures, a tiny indie studio, is working on The Plucky Squire. James Turner, an art director, and designer, well recognized for his work on several Pokémon games, co-founded the modest business. Turner recognize for his vibrant and inventive visual style, represented in The Plucky Squire’s unveiling film.

The Plucky Squire incorporates a variety of genres and art styles. The game show as a 2D top-down dungeon crawler in the introduction video. Comparable to the original The Legend of Zelda titles. Jot, the primary character. May break out from the confines of the book and explore the 3D world of another person’s room.

Aside from the top-down viewpoint, the clip reveals that Jot can switch between 2D and 3D at a whim. A gameplay feature similar to that found in The Legend of Zelda: A Link Between Worlds.

James Turner started his work with Pokémon in 2010 when he hired as an Art Director for the series by Game Freak. Turner was the first Westerner to create Pokémon as a British artist.

He was responsible for the Vanillite line, Golett and Golurk, Poipole and Naganadel, Phantump and Travenant. And the Galarian Zigzagoon line, among others. Turner revealed in 2022 that he would be leaving Game Freak to start All Possible Futures. With The Plucky Squire being the company’s debut game.