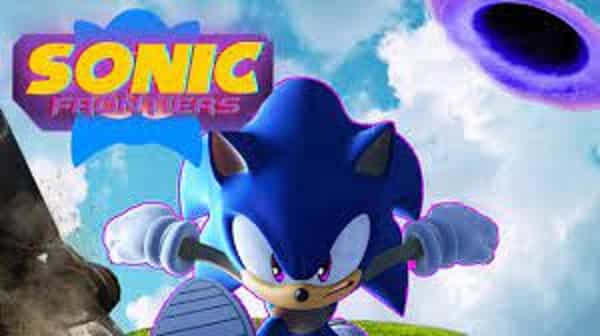 A “short glimpse of Sonic Frontiers,” a tiny gameplay clip that defines the tone of the adventure, published on the Sonic the Hedgehog Twitter account. It starts with a preview of Sonic rushing through the woods, something we’ve seen previously.

He suddenly emerges from the woods and begins sprinting across a vast open field. Eventually coming to a halt before a gigantic blue wheel. Like a giant hamster wheel, running on it throws out a pulse of energy that drops a waypoint nearby.

Many open-world games have towers that players may climb and watch from. Allowing them to fill in the gaps on their map. For Frontiers, this ‘radar wheel’ looks to have a similar function, highlighting goals and places of interest.

Sonic is then sfacing a variety of foes, each with a unique design. For example, one resembles a cluster of grapes, while the other resembles a gigantic walking tower.

Sonic uses several techniques against them, including a long-range homing slam. A whirlwind that encircles the whole adversary, and a flurry of quick hits to the top of the walking tower, finally killing it.

He picks up a couple of rings and performs some classic rail grinding. Take a peek at:

It’s thrilling to watch the game in action, and the tweet promises “additional revelations throughout June.”

At present, there is no official release date for Sonic Frontiers. However, one was leaked in the PlayStation Database at the end of 2021, starting with November 15 as the release date.

At the very least, we know that the existing Sonic voice actors will reprise their roles in the upcoming game.