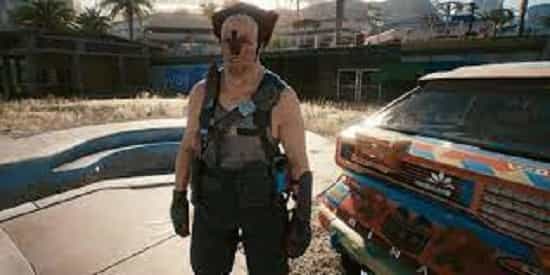 Fans of Cyberpunk 2077 found Ozob’s Clown Car:  If you played CD Projekt Red’s Cyberpunk 2077 last year. You’d know that the game has been getting better through regular updates and added to the most recent one. Patch 1.5 of Cyberpunk 2077 has more fans coming back to the game. One player has found out where a side character’s clown car is parked in Night City so that they can go there.

People on Reddit say they know where Ozob Bozo’s clown car is parked outside of side job content in Night City in the Westbrook area. Capt. Alex92 starts the video by telling us where we can find a parking lot in Westbrook. Near a Medpoint Vendor and a Weapons Shop. You can find Ozob’s clown car on the left when he isn’t busy in Cyberpunk 2077. You have to walk under the big Parking sign.

Once players find Ozob’s clown car in Cyberpunk 2077. It should be on a platform above a Giovanni Brizzi billboard with a robot in a suit. The clown car is primarily red, but it also has blue, green, orange, yellow, and white accents covering the rest of the car.

People who want to drive this clown car around Night City will be able to get on the platform the car is on and drive it around at their own pace.
Ozob Bozo is a unique character in Cyberpunk 2077. People say he looks like a clown because of his wild red hair and round-nose body modification of a live grenade.

Cyberpunk 2077 fans who finish the side job “Send in the Clowns” will get this grenade. It shows the Night City clown attacking a group of Tyger Claws at Misty’s Esoterica. To do the “Beat on the Brat: Pacifica” side job in Cyberpunk 2077, you’ll also see a clownish character.