Fans create animated Gen 5 Sprites like these for Sprigatito. 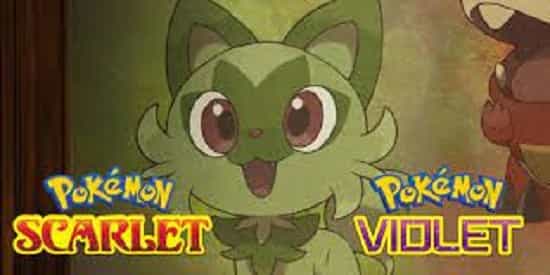 Fans create animated Gen 5 Sprites :  Since the Pokemon Presents on February 27. Fans have been talking about the ninth generation of Pokemon almost every day. Scarlet and Violet set to come out later this year, and the current trailer has made them look pretty good.

People were excited when they found out about the new generation. The starters show, and one fan decided to make a sprite of the grass-like creature in the style of Generation 5.

Pokemon first made for the Game Boy in 1996. As a result, most games used sprites and pixel art to show off the world and creatures. With each new game in the series, the level of detail seemed to get better.

For example, games like Pokemon Gold and Silver added color, and Pokemon Crystal made it the norm that the third game would have animated sprites in a set of games. Some sprites kept moving in the fifth-generation games, Pokemon Black and White. Many fans thought this was very cute.

The work of a pixel artist named Olechandserif has shared on Reddit. It shows Pokemon Scarlet and Violet’s grass-type starter, Sprigatito, in an animated loop like the ones seen in Generation 5. An animal that looks like a cat bobs on its hind legs and even meows when it comes to the end of the loop.

This post has a lot of comments about how much Olechandserif did to make the animation and general talk about the show. The grass-type is a favorite of many Sprigatito fans. Some also say that Sprigatito stays on all fours when it grows up.

Others are nostalgic when Pokemon had sprites, but now they don’t. It looks like some people want Pokemon Scarlet and Violet to have pixel art instead of 3D models like the ones in the games now.

Generation 5 brought fully animated sprites to the series. But it also marked the end of its use of pixel art. Generation 6 used 3D models instead. It was great to play Pokemon Stadium and see the creatures move in 3D more often. But some fans still miss the sprite style used in older games.

However, Game Freak’s use of 3D models for the creatures seemed to make it easier to use the National Dex in the games’ development cycles. Even if the National Dex not used in future Pokemon games. It is getting better because it doesn’t take as long to balance with more than 900 Pokemon.

A limited Pokedex in Pokemon Legends: Arceus was an example of what could do in future games. Pokemon Scarlet and Violet so far seem to be taking that same path.

They are going to be on the Nintendo Switch in late 2022.