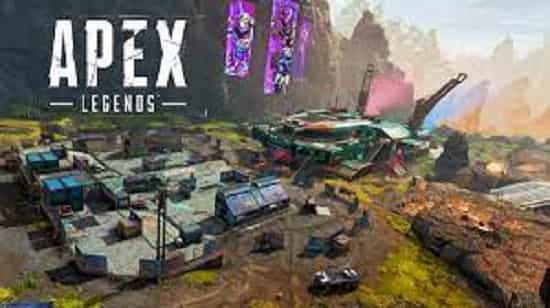 Fanatic Energy Pistol in Apex Legends Leak:  Since Apex Legends came out in 2019, the battle royale genre has been swept away by it. Many people like Apex Legends because it has a lot of exciting and fun things to do. It’s now in its 12th season.

The 12th season of Apex Legends could bring a powerful and sought-after weapon to the game. The game set in a space-based science fiction world, and it has unique weapons that aren’t seen in any other game. Respawn wants to show that it has special weapons during the new season.

A recent leak shows a weapon that is very important being used. This is the Fanatic pistol, a gun that works with energy. As soon as it’s made into a weapon you can play with, it could be another great weapon for Season 12.

The leak comes from a Reddit user named Pretty Chard5030. This person has been a good source for Apex Legends in the past to trust them. However, the leak doesn’t give away too much about the weapon. The only thing we know for sure about the pistol is how it interacts with enemies and works with other things.

The short video doesn’t show what the new weapon looks like. Instead, the RE-45 automatic pistol’s placeholder use for the Fanatic pistol, which indicates that Respawn isn’t sure about the final design yet, which is why the placeholder use.

The video also shows how the weapon works and how it works in the dynamic open-world to defeat enemies. Each time the pistol is fired in the clip, there is a blue glow. This means the weapon being charge. A bar above the weapon also shows how many charges or ammo it has left.

The rumored Fanatic pistol doesn’t mean that fans should get excited about it all that much. Respawn know for taking a while to test weapons that don’t work right away in games.

When the Fanatic comes out as a playable weapon, some people aren’t sure if it lives up to the hype. On the other hand, as the release of Xbox Series X/S and PlayStation 5 nears, it’s possible that Respawn could put out the Fanatic pistol sooner than later, rather than later.

When Apex Legends Mobile release in more places, and more people start playing. There are many excited people. Players are always looking for new and different weapons, and the Fanatic energy-based pistol looks like a good start.

If you want to play Apex Legends, you can now play it on Nintendo Switch, PlayStation 4, PC, and Xbox One. It will soon be available on Android, iOS, PlayStation 5, and Xbox Series X and S.