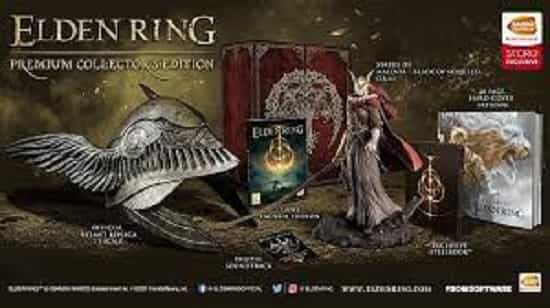 Elden Ring Melania Statue Found in a Game Store:  Elden Ring is among the most anticipated games of 2022, and with the launch date fast approaching. Players can get into FromSoftware’s latest game very soon.

The anticipation surrounding Elden Ring is unprecedented. As the game has won the top prize for anticipation two times in two years.

Everything points to the game performing up to its hype, which could mean Elden Ring is likely the next game that players discuss, similar to The Legend of Zelda Breath of The Wild. People are predicting that Elden Ring will stand a good possibility of being 2022’s top best game award according to the Official Game Awards.

This sentiment is not only being shared on social media and in gaming stores. But they are also advertising the game ahead of the game’s release.

The advertisements vary in representation, but one could be over the others in both effort and execution. It’s because a game store located in the UK has set up the size of a statue of Melania, the valkyrie-like warrior that appears on Elden Ring trailers as well as news.

Melania is quickly becoming an iconic character for fans and even had an Elden Ring fan having a Melania tattoo to honor the character.

Since the unveiling of the character, people have been wondering if Melania is one of Elden Ring‘s potential bosses or an integral character in the plot.

A sculpture of her inside the store could be a sign of some significance because of how high-quality it is. The statue depicts Melania in stunning detail. With a lot of focus on the details of her clothing and her armor.

In addition to her signature leg prosthetic, the legs look made from metal; it could just be armored clothing. In addition, her gold mask has left many looking to purchase it as an armored piece in the game.

Reddit User WeeabooTrash6 posted an image gallery that shows the statue. And while certain Reddit users amazed at the sculpture, other users couldn’t resist making jokes.

For instance, the thread’s most popular comment stated that WeeabooTrash6 probably looked normal when taking photos of the statue’s foot.

A different commenter criticized the photo where WeeabooTrash6 is holding Melania’s hands. And a lot of other commenters said the picture ought to label as unsafe-for-work and blurred.

With news being released every day about the game, including Elden Ring‘s class of astrologer and bandit revealed, it’s clear that the excitement train has left its station and won’t come to a stop until the game is released.

With only two weeks until the release date. Gamers won’t need to wait for long to enter the game’s vast world.