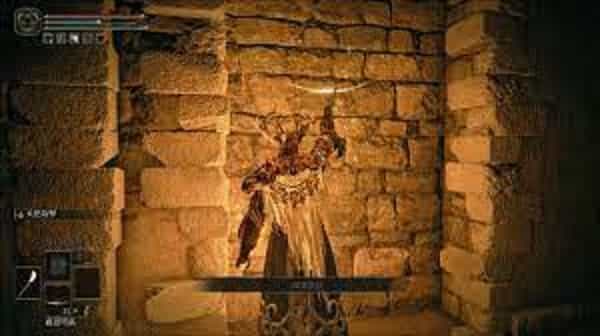 Elden Ring Clip Shows Dangerous Walls:  Many people believe Elden Ring lived up to the hype. Thanks to its daunting foes and fearsome bosses, FromSoftware’s most ambitious release ever. In this game, even the walls may be harmful, as one Elden Ring fan illustrates.

FromSoftware’s games are notoriously challenging, but that difficulty is mostly due to their brutal fighting systems. The entire soulslike genre is designed to destroy players with a single random adversary encountered on the map. This encourages players to practice and approach battles with care.

Thenadamgoes recently posted a video of a strange event when the game’s walls almost killed a player. Unsteady on a tiny stone walkway, an Elden Ring player is seen edging along the video’s right side. They’re cautiously moving forward when they unexpectedly confront an armed knight. Sadly, this incident occurred at the most inconvenient location.

Thenadamgoes’ character wields a long sword, a good melee weapon. However, while attacking the knight, the player’s blade bounces off the neighboring cliff. The video is nine seconds long and shows the player failing to attack the adversary due to the wall. Their blows are deflected by the wall, allowing the opponent to freely attack them. A player finally forces an enemy back and their attacks connect.

Thenadamgoes considered this fight the most stressful of the game. This appears to be due to the attack’s position, a right-hand curve that makes melee combat difficult. For this reason, medieval castles generally included winding stairs. The notion was that a sword-wielding right-handed fighter would be at a disadvantage. Invaders would have to round the curve completely before hitting any defenders, giving defenders plenty of opportunity to kill them.

Elden Ring is available on PC, PS4, PS5 and Xbox One.