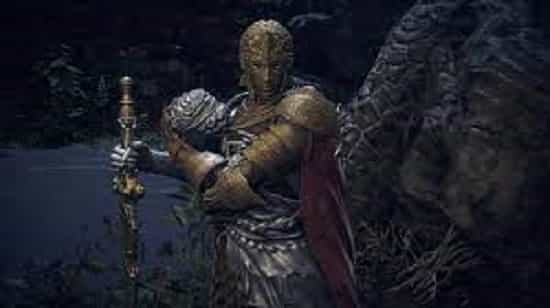 FIA, the Deathbed Companion, will be a part of this. During this guide, I’ll show you where D’s Twin Brother is and show you what to do with him in Elden Ring.

D’s Twin Brother is located in Akron, Eternal City, east of the Great Waterfall Basin. He will be found near a Waterfall on a Balcony in a cowering position. To get to him, start from the Aqueduct Facing Cliffs and proceed North from there. You will come across flowing water, and you will find the Waterfall at the end.

Upon interacting with him, a prompt will appear asking you whether to give him the Twinned Armor. You will obtain the Armor from the corpse of D, Hunter Of The Dead. You will find him dead, and you will also find Fia near him. This results from a prior quest with her in the Roundtable Hold.

You will receive the Inner Order once you have given D’s Twin Brother the Armor. If you have progressed far enough in Fia’s Questline, you will find both of them, Fia & D’s Twin Brother, at Prince of Death’s Throne in Deeproot Depths.

There you will find Fia dead & D’s Twin Brother laughing in joy as he murdered her. You can battle him and kill him to get the Twinned Armor & the Inseparable Sword.