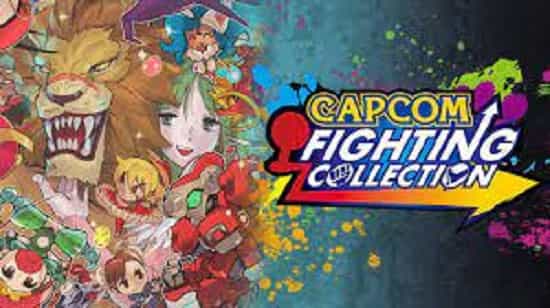 Capcom’s fighting game collection will release this summer:  During the last 35 years, Capcom has become one of the biggest fighting game companies in the world. The first Street Fighter game release in 1987.

Besides the huge success of classics like Street Fighter, the Japanese company has worked with one of the world’s biggest publishers on Marvel vs. Capcom. This has made the company a real fighting game powerhouse.

Now that Street Fighter will be 35 years old in 2022, Capcom has announced Capcom Fighting Collection as a way to honor some of the company’s less-known games.

Over the years, Capcom has made a lot of great fighting games that aren’t as well known as Street Fighter and Marvel vs. Capcom. Capcom’s gothic horror series Darkstalkers was a cult hit when it came out in the late 1990s, and the less well-known Red Earth was a big hit after it came out in 1996.

For the first time, Capcom has put together a collection of not just Street Fighter but a whole bunch of other fighting games, including some that have never been released in the West before.

First, Vampire Hunter 2: Darkstalkers’ Revenge and Vampire Savior 2: The Lord of Vampire have never released in the West before. So this collection will the first time they come to the West.

Capcom also made a lot of announcements about how the games in Capcom Fighting Collection are going to get better. You can save your progress mid-game and change “EX Settings” in the game.

There will be a full gallery with official art and design documents for all ten games. Capcom also said that the fighting games in the collection would all have rollback net code. When the collection comes out on June 24, when all games will be available.

For many of the games in Capcom Fighting Collection, this will be the first new game in a long time. As of 2013, Darkstalkers Resurrection was a compilation of two previous Darkstalkers games.

Red Earth has never made it into a game just for arcades. Street Fighter is one of Capcom’s best-known games. But Capcom Fighting Collection will try to pay homage to the company’s history as Street Fighter looks to the future.