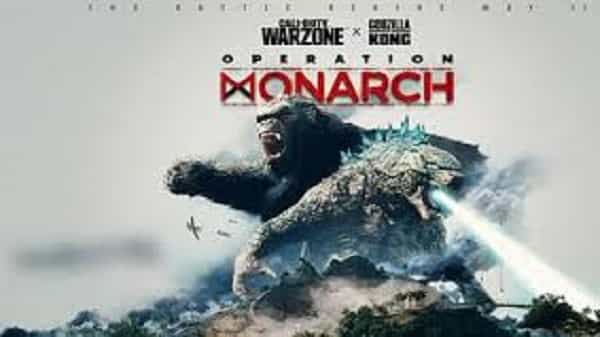 Call of Duty’s Godzilla-themed Tracer Pack: The “Operation Monarch” event in Call of Duty doesn’t start until May 11th. However, one of the Tracer Packs was recently published five days early.

Here’s the official Call of Duty Twitter announcement, which includes a lot of Godzilla:
Some Call of Duty fans have disappointed recently, and they’re mostly looking forward to MWII, which just had a logo reveal on April 28th. However, the tie-in with the current Monsterverse is very certain to increase the number of players.

Even if each sequel is crazier than the previous, there’s no denying that the current Godzilla film series is a smash hit. Because fans like to spend more time with the monsters than with the people, introducing more fantasy seems more authentic to the classics.

Details and skins for the Tracer Pack
A Godzilla-themed Legendary Operator skin is now available to a larger public and Call of Duty fans alike. Godzilla’s distinctive spikes are present on the costume, while the mask alludes to Godzilla’s unique blue energy from the new flicks, which can see in his atomic breath. It may, however, make you a more visible target.

It also includes the “Breath of Godzilla” Ultra Weapon blueprint, which has proven to be a fan favourite. The STG44 is the basis for this assault weapon.

The “Awakened Alpha” Legendary Weapon blueprint is the alternative skin option. It’s based on the Bren LMG and has the same scales as the Bren LMG but less detail.

As another nod to Godzilla’s famous onslaught, both guns will share some cool oceanic blue tracer shots.

Finally, a new Calling Card, Emblem, and two Sprays will include in the set. In some manner, they all include Godzilla. Even though the Calling Card is titled “Protector of Earth,” fans know that Godzilla is often an adversary. Therefore the “Titan Destruction” spray is more appropriate.
You may learn more about Call of Duty and other exciting stuff in our news area!