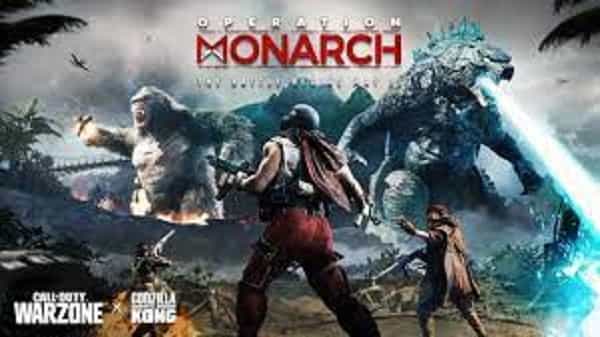 The Operation Monarch debut video arrives just as the buzz is building, and it sets the tone for the spectacular event. The Caldera map exhibited with frightening images of King Kong and Godzilla. The kaiju on which the operation center.

The monoliths added to Caldera with the most recent map updates are also visible. We don’t see any of the operators directly interact with either creature, which is strange.

We won’t have to wait long to find out how Operation Monarch works, but one writer believes that players will be able to utilize the monoliths to help their favorite titan in combat, either via a vote or a control point.

Take a peek and let us know what you think:

The Godzilla, King Kong, and Mechagodzilla Operator skins are also feature prominently. They will be available in the Call of Duty shop when the event starts. The new Dig Site area of interest is displayed, complete with a giant monster skeleton that gamers may battle around.

On Wednesday, May 11, at noon ET / 9 AM PT, and Operation Monarch will begin.