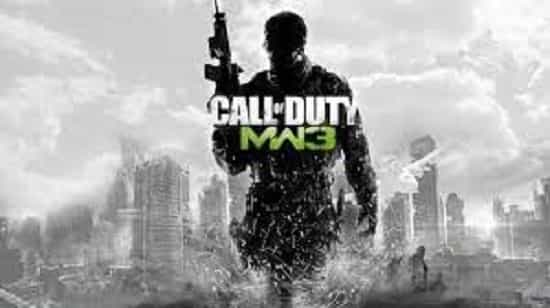 Call of Duty: Modern Warfare 3 : At the top of the most-watched categories on Twitch. You’re likely to see a set of games that you’ve seen a lot in the past. Grand Theft Auto 5’s RP scene is always a favorite. League of Legends and Valorant both have a lot of people who play esports.

They also have MMORPG’s such as World of Warcraft, battle royale games such as Apex Legends or Fortnite, and new games like Elden Ring. COD: Modern Warfare 3 was the best game on Twitch today, though.

Twitch’s most-watched game at first seemed like a complete mystery. Call of Duty: Modern Warfare 3 quickly rose to the top of the list. Many people didn’t know what to think because the top streams in the category had broadcast from Spain.

They didn’t know what had caused the surge. Because the game was released in 2011, it had more than 400,000 viewers on Twitch at one point.
As many Twitch users may have been unsure about what was happening, those in Spain’s Twitch community knew what was going on.

When people saw this, it wasn’t a surprise or a sudden show of people. Many of Spain’s best Twitch streamers worked together to make this happen. A famous Spanish Twitch streamer, IlloJuan, organized a tournament for Call of Duty: Modern Warfare 3. BysTaXx, TheGregf, and many other big Spanish streamers came to see the game.

Because the event was so popular, it had to go viral to be popular. Even though it wasn’t a surprise event, like some people thought, if the Twitch streamers from Spain were not so well-known, they wouldn’t have reached so many people.

As it turns out, it was the idea that this game was making a comeback that led to the game’s rise in popularity. The people who play Call of Duty agreed that this was a good idea.

There was a lot of counterculture in the effort, too. Call of Duty fans aren’t happy with how the series is going right now, and a big part of that is because they don’t like how Warzone and Vanguard play and how well they work. When Call of Duty is “good,” people are always cheering.

There’s a good chance that Call of Duty: Modern Warfare 3’s rise in popularity won’t last long when the game is over. It’s not a long-term growth process that came about naturally, but rather a short-term fun thing that went viral.

That said, it might make other groups of Twitch streamers want to do the same thing in the future. Either with Call of Duty: Modern Warfare 3, more COD games, or other old multiplayer games that they enjoy.