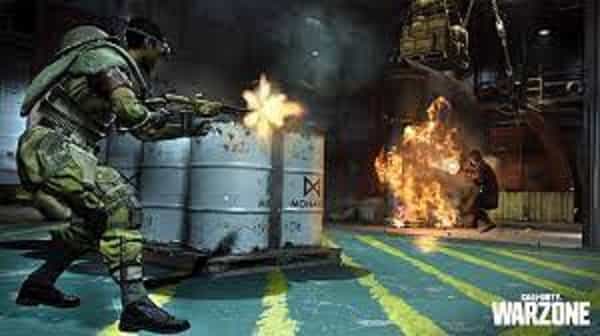 Caldera’s new map brings back Storage Town and makes other modifications:  Season 4 of Call of Duty: Warzone is rapidly approaching, and updates to the primary map, Caldera, expected. We’ve seen the new map, and it seems to be bringing back a famous Verdansk center of interest.

Call of Duty: Dexerto The map release on Twitter by user @CharlieIntel, showing an aerial picture of the island. Some people have pointed out that the cluster of buildings in the middle left (atop the hill near the yellow circle) has a pattern similar to Verdanks’ Storage Town.

The city of Verdansk has long since vanished, but bringing back sections of it for Caldera would be a lovely gesture to long-time Warzone gamers. “The map contains 50 percent less foliage for greater vision, subterranean vaults, and more,” according to the description.

While the physical areas may not change much. The lack of plant life alters the line of sight, which should shake up the game’s meta.

Season 4 of Warzone: Mercenaries of Fortune premieres on Wednesday, June 22. Caldera may be evolving, but it isn’t the only map worth watching.

Fortune’s Keep, a smaller, closer-quarters map, will also release in the following season. It has its attractions, such as a town, a vineyard, and a lighthouse.

In addition, Vanguard’s Zombies mode, Der Anfang, will use the famous Shi No Numa map.

This update will continue to made to Warzone, but many Calls of Duty fans are already looking forward to Warzone 2.0. The new Warzone will not replace the previous one but will provide a unique battle royale experience.

It’s also construct on a whole new engine. Modern Warfare II, released this autumn ahead of Warzone 2.0, is likewise built on the new machine.