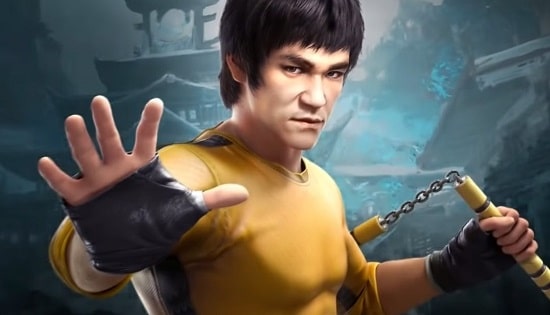 One game in the battle royale genre that’s making waves in the gaming world is the exciting Naraka: Bladepoint. It’s now a lot more thrilling with the addition of Bruce Lee costumes.

Bruce Lee fans will recognize some of the latest skins from classic movies like entering the Dragon, The Big Boss, Fist of Fury, and Game of Death.

Most famously, it’s likely to be the yellow jacket that he wore in Game of Death. Kurumi, Tianhai, Valda, and Yueshan are among the first to get the skins, with others coming later.

This weekend is an ideal time for players who’ve been looking forward to trying this game of a different kind. Starting on December 17, Naraka: Bladepoint will be available for free play all weekend through December 21. So it’s the perfect time to take on the battle, test the latest Bruce Lee skins, and master the nunchucks.

In addition, during the weekend of free play, players can join the Christmas event by scavenging treasures inside broken boxes. They can also finish quests and battle foes to earn XP.

Also, they will have a chance to get items like loot boxes and Spectral Silk. Participants who log in during the event will get the famous Jingwu Nunchucks skin.

First, Bruce Lee skins are available from December 14 on Kurumi Yueshan, Tianhai, and Valda. Additional outfits will be released in the coming weeks.

Naraka: Bladepoint is developed by 24 Entertainment and published by NetEase Games Montreal, and is available on Steam for PC.