Best Characters and Teams for Exploration in Genshin Impact. 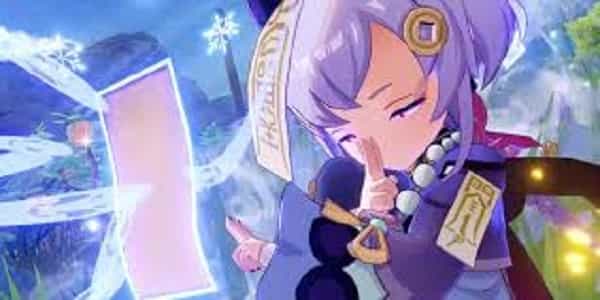 Best Characters and Teams for Exploration:  Exploration is among the aspects often overlooked in Genshin Impact, especially when playing with incorrect characters. However, once you are aware of its significance, you’ll be able just to navigate the map with ease.

You will also uncover many hidden resources under the surface with the correct characters, which can be challenging to find. So we will look at the best characters and teams to explore on Genshin Impact.

Best Characters to Use for Exploration in Genshin Impact

They are the most suitable characters to discover the terrain in Genshin’s impact. They all serve different purposes, so they aren’t listed in any specific order. Certain are remarkable for their useful passives, while others are better for their skills.

Find out how to use these devices for exploring.

Beginning with Venti, The character can take off. This will increase your chances of reaching places that are difficult to reach. It is also possible to lift yourself to improve your reach.

The utility passive of this character is not insignificant as it decreases the amount of stamina used for gliding by 20 percent for all members of the party. This is the exact passive that Amber has. Amber.

Kaeya is a Cryo character you can use to freeze water and create frozen bridges. This allows you to go to many locations quickly and reduce the effort of searching for alternative routes.

This passive utility is highly beneficial since it lowers the stamina used in spriting by 20 percent for all party members.

She’s a great character to choose whenever you’re looking for some ore. This is because of her ability to be a passive resource. Ningguang can locate nearby veins of ore in the mini-map. Add Ningguang to your squad and use a character who has claymores, and you’ll quickly build up a collection of ore deposits.

Keqing is an excellent character because of the Stellar Restoration essential skill. This ability lets her utilize the ability to teleport. However, it works only diagonally, which means you’ll be required to become familiar with it before using it correctly. Fortunately, it’s straightforward and shouldn’t give anyone an issue.

Klee is a very similar character to Qiqi in her passive utility. Instead of Liyue, she reveals the location of the unique resources for Mondstadt in the miniature map.

Diluc is a strange character in this list. This is because he does not have any utility with a focus on exploration. Instead, he’s listed because the character is a Pyro character who uses the Claymore. Claymore is helpful in the case of farming ore, and also, his damage allows you to burn woods or other obstacles that require to be burned.

Deluca Zhongli, too, doesn’t have an active utility passive that contributes to exploration. Instead, he can build pillars that players can climb to reach unreachable areas.

This is due to the Alternate Sprint. This allows them to move through the water more quickly than other characters. The issue is that both speed and capability are the same. Some may claim that Ayaka is quicker, while others may suggest Mona. Therefore, you can pick either of them.

If you’ve already figured out why these characters are among the top, here are the teams you should consider exploring.

This guide will cover the top list of exploration characters and teams you can play to play in Genshin Impact. It is also recommended to read our guide to Pyro’s most famous character tier list. If you need help with this game, visit the Genshin Influence Section.