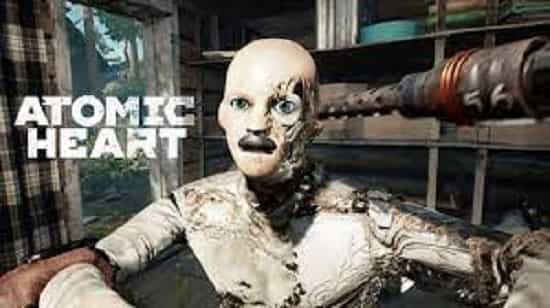 Atomic Heart the first Xbox Game Pass game:  Atomic Heart is an action-based role-playing game set in alternate worlds in the Soviet Union during the 1950s when KGB Agent Major P-3 was investigating the mysterious building filled with dangers of all sorts.

Atomic Heart is developed and released by Mundfish, the Russian games studio Mudfish.

Since then, Atomic Heart has in development for a few years and expect to release for PC and consoles like on the PS4, PS5, Xbox One Xbox Series X/S, and Xbox Game Pass.

There have trailers showing The Atomic Heart’s gameplay throughout the years. Recently, a brand-new trailer was released. Which showcases additional footage from Atomic Heart, and the date players can anticipate the game’s release.

The brand new trailer released for Atomic Heart showcases some of the game’s main stories. Characters that play the game, their enemies, and locations featured within the gameplay.

One of the biggest takeaways you get from the trailer is that it shows the release date of Atomic Heart is 2022. It also teases the last three letters in the month of release in the form of “BER”. Which leaves the possibility of the launch month for the game coming in September.

The new trailer features gameplay footage. Including the human characters that appear within the game. It showcases a myriad of strange and terrifying sci-fi locales in the game, revealing a more obscure Soviet facility.

The trailer showcases the machines fighting, including giant robotic spherical, creepy flying drones, humanoid robots, and many others. It also showcases some of the biological threats players confront during the game. The players will also get to view the various enemies to see.

The trailer also showcases the primary game’s gameplay in Atomic Heart, beginning with the glove the main character uses, including flying enemies in the air and freezing enemies to the ground.

A few melee weapons and guns that players can use present in the trailer. And it also provides a brief glimpse into the crafting system utilized to improve weapons.

It was clear that the general reception to the latest video was primarily positive, with many people commenting on playing and the visuals featured in Atomic Heart eagerly awaiting the release. One of the main complaints regarding that English trailer concerned the English dubbing that felt off to many viewers.

Many expressed the desire to take on Atomic Heart with the original Russian voice acting in the future when it comes out in the coming months.