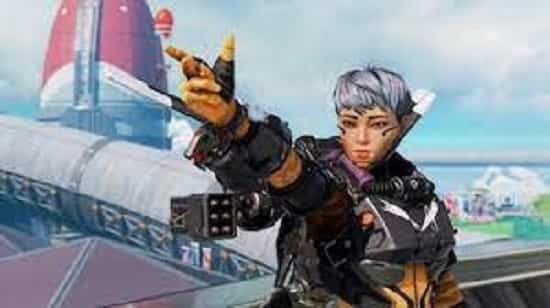 Apex Legends Teases Free For All Game Mode:  Fans often praise apex Legends because it keeps getting better and more interesting while having a fun style. Battle Royale has just started its 12th season. But data miners have already found hopeful signs about what the game will be like in the future.

Multiple game modes are available in Apex Legends’ battle royale style. So there’s something for everyone, whether they want to fight for the top spot on a leaderboard or have some fun with PvP.

Recently, some of the game’s code leaked. Players are now talking about another rumor about new game modes coming to the game.

Season 12 of Apex Legends added a limited-time mode called Control, which many people want to make a permanent part of the game. Each new season may come with extra “demo” modes for a limited time, and data mining shows that words like “freedom” and “killing spree” are found in the game’s data files.

Kralrindo shared this information on Twitter with their ideas about what the code means. The most popular theory is that there will be a “Free Death Match” or “Free For All” for the upcoming seasons.

Apex Legends doesn’t have an official solo mode like other battle royale games like Fortnite. For years, there have been rumors about an Apex Legends Solo Mode.

After Respawn Entertainment said that it wasn’t interested in making a single-player battle royale mode. There hasn’t been a lot of news from them. It’s also been a big hit with the fans who want to play with their favorite Legends in a Free For All set.

Another code revealed has made people think about things like panels that let people run on walls and which season they might show up in.

There is no plan for Apex sequels amid Warzone 2 sequels right now. There are 19 characters to choose from and seven different game modes to play within a free-to-play game.

A Deathmatch mode that has been a long time coming could be just. What the battle royale seasons need to keep people coming back for more. Apex Legends has gained 28 million new players in the last year. And it still gets good reviews for each new season.

Keep an eye on any new announcements to see what the future holds. It’s not clear if the FFA mode will be coming to Season 13.

If you want to play Apex Legends now, you can play it on PC, PlayStation 4, Switch, and Xbox One. There are also PS5 and Xbox Series X versions for these games.