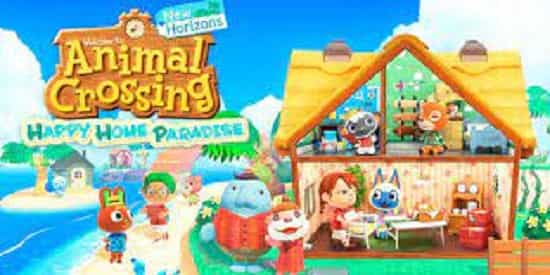 The latest reports from online sources indicate that Nintendo could develop some Animal Crossing-themed up its sleeves. It appears that the company recently filed for patents, which suggests that loot boxes could be added to the game shortly.

Nintendo doesn’t seem to promote this second-anniversary ACNH. Because ACNH’s 2.0 version and Happy Home Paradise were announced as the final major update for the title. Nintendo doesn’t have anything significant planned to mark the occasion.

Yet, Nintendo still has not released anything regarding the entire franchise. Many fans hope this indicates that Nintendo is working on a new Animal Crossing video game and is just waiting for the right time to announce the game.

According to sources online, Nintendo has filed a patent that is an online lottery system that allows participants to win Animal Crossing furniture items. The specifics are uncertain.

However, the evidence suggests that this patent has filed in the year.

The patent was just publish. The patent states that people may need the use of virtual currency to participate in the lottery system. This puts them on the list of those who can win furniture items. However, it’s unclear if they are for the current title or a title in the future.

The patent does not define what type of virtual currency will use in the lottery system. One possibility is that it could be that players can swap their game’s in-game Animal Crossing Bells to win the lottery, or Nintendo could be working on some new premium currency that players will need to spend real cash to purchase.

But, this could thought of as speculation until Nintendo announces the patent.

The Animal Crossing series has been in the market for over 20 years.

With how times have changed and how money has moved into the digital age through cryptocurrency. It wouldn’t be a surprise for one of Nintendo’s long-running franchises to participate in the modernization.

If that’s the case, it hope that the game community will remain supportive.