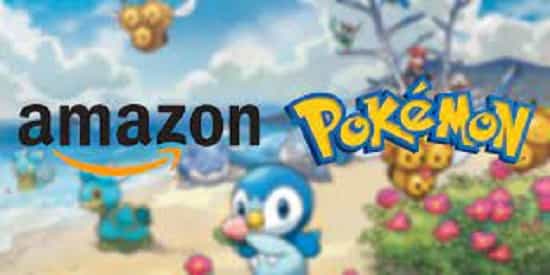 Amazon Now Offers Pokemon T-Shirt Subscriptions:  The first Pokemon games, Red and Green, were released in Japan in 1996. Since then, Pokemon has become one of the most popular and well-known media franchises globally.

Throughout the history of Pokemon, there hasn’t been a shortage of high-profile collaborations with some of the most well-known brands and celebrities. It was Pokemon’s 25th-anniversary show last year when rapper and musician Post Malone was the show’s star.

The franchise has also had regular partnerships with big brands like McDonald’s, Build-A-Bear, etc. Now, Pokemon has teamed up with Amazon for a subscription service that sends fans new Pokemon-themed T-shirts every month.

PokeJungle, a Twitter account that posts news about Pokemon, saw the Amazon and Pokemon collaboration on Sunday afternoon. However, a partnership between Amazon and Nintendo hasn’t been made public by either company. Instead, the service quietly launch as part of Amazon’s T-Shirt Club program.

You can sign up for the Pokemon T-Shirt Club on Amazon for $19.99 a month and choose from Youth, Men’s, and Women’s styles and sizes, from X-Small to 3X-Large. The first shirt’s design hasn’t reveal yet.
Almost 30 famous TV, movies, and general pop culture are part of Amazon’s T-Shirt Club program.

Pokemon is the most recent brand to join. The LootCrate-like subscription service has packages for movies and TV shows like The Office and Star Wars. Still, it also has more general packages that include a collection of famous bands like Queen and The Who and non-specific collections on a theme instead of a specific media property.

Most subscriptions cost between $15 and $20, which is about the same as the price of the Pokemon set.

Recent Pokemon games have shown that, even 25 years after the first Pokemon game took the world by storm, the game’s popularity shows no sign of slowing down. Pokemon Legends: Arceus was the best-selling game in January, even though it came out at the end of the month.

Pokemon Sword and Shield was the third best-selling game in the series, only behind Pokemon’s first and second generations. Amazon’s Pokemon T-shirt subscription service should try to give fans of the long-running series many different ways to show their love for the show.