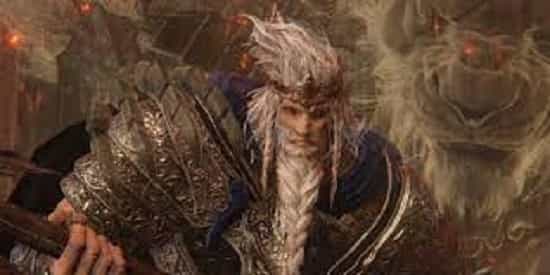 Amazing Late-Game Detail Spotted:  Its release has met most of the expectations fans built up over the years. Since its release, players have constantly discovered new secrets in the game’s beautiful open-world in almost a month. One Elden Ring player has found a stunning detail in a late-game sequence. Warning: spoilers

The Tarnished, those who were expelled from The Lands Between after losing the Erdtree’s Grace, are an essential aspect of Elden Ring‘s lore. In the form of golden light trails, Grace guides the player throughout the game. While driving, Grace can be a beneficial marker while gamers can stray from the path.

PM-MeChickenLegs found something intriguing while repeating Godfrey, the First Elden Lord’s entrance cinematic. Godfrey, like the player, is a Tarnished. He was Queen Marika’s first king consort and the game’s most powerful warrior, so players shouldn’t be surprised to see him as a late-game boss. Because Godfrey is a Tarnished, the developers hid an Easter egg for keen gamers.

Godfrey show holding Morgoth, the Omen King, in the cutscene while he disintegrates into ashes. However, the body morphs into a stream of guiding Grace, leading the player forward. Instead of showing Grace, this stream leads directly to the player. The stream belongs to Godfrey, not the gamer, PM-MeChickenLegs concluded.

The trail of Grace is hard to see in the cutscene, but its course is obvious. They suggest playing the scenario at night to see the guiding Grace’s faint radiance better. It gleams a different colour than the angry red lights. The last battle between past and future Elden Lords is portrayed in the sequence, whether shown during the day or night.

Elden Ring is now available on PC, PS4, PS5 and Xbox One.