A Pokemon fan crochets her a Squirtle Squad Leader Doll. 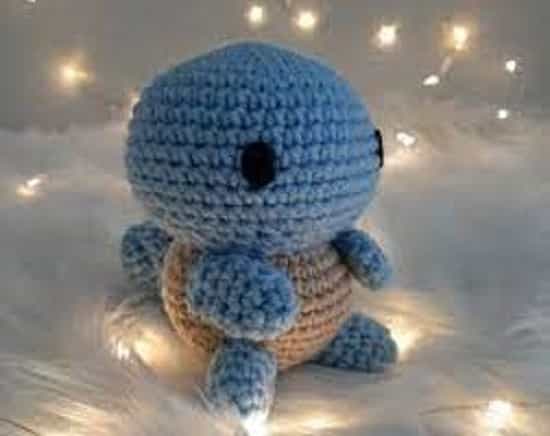 A Pokemon fan crochets her a Squirtle Squad Leader Doll:  Back in 1996, the Pokemon franchise start, and since then, it has been used in many different things, like games and anime, to make people happy. As part of these different games in the series, there has been a lot of new Pokemon. The Squirtle Squad was one of the most interesting.

If you’re a talented gamer, you might have thought about making real-life art based on the leader of your team. The Squirtle Squad was first seen in Pokemon the Series: The Beginning. Many fans of the series still remember them. A Squirtle led the squad that later became Ash Ketchum’s Poke-partner. It made up of a group of water-type Pokemon.

In a post on Reddit, a person called jillianjigss92 shared a picture of a piece of crochet art they recently made. Among the things that made this piece stand out was that the creator had made a doll that looked like the leader of the Squirtle Squad from the Pokemon games.

There were some impressive results from this project. They amazed that they had made many of the Pokemon’s most essential features. For example, it had the same blue and white color scheme as the one in the show.

It also had a pair of sunglasses that looked a lot like the real Squirtle Squad Leader’s worn.
There are much other crochet works by jillianjigss92, but this Squirtle Squad Leader doll isn’t her only piece of good work. On Reddit, they have posted more Pokemon dolls that they have made over the last few months.

A Pokemon fan crochets her a Squirtle Squad Leader Doll

People who want to see more of their work can check out Reddit. Some of the dolls made by the Reddit user are Meganium, Dragonite, and Jirachi, among other things. Like the Squirtle Squad Leader, each of these dolls looked a lot like their video game counterparts.

On Reddit, many people in the Pokemon community are interested in this Squirtle Squad Leader doll made by jillianjigss92. With more than 2.6K upvotes in just one day, many people thought the design was well thought out.

Some people also liked the skill it took to make the crochet doll. Anton L said on Reddit: “Wish I could do something like this. This is so cool.” Some people thought the design so good that they hope the person who made it would think about making some dolls in the future.

Beyond this fantastic crochet Squirtle Squad Leader doll, other people in the Pokemon community have been making perfect art in the last few weeks. For example, a fan recently made paper models of Diancie and Mega Diancie that looked like they made of actual paper.

It will be interesting to see what artistic gamers come up with the next time they show off their work. Perhaps jillianjigss92 will make more Pokemon crochet dolls to add to their collection of crochet dolls.