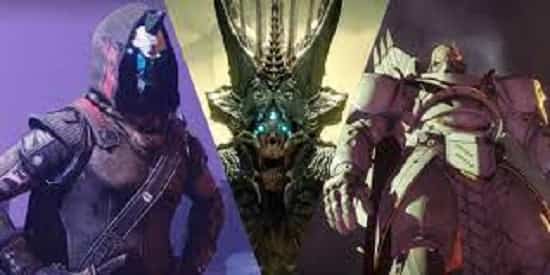 A Destiny 2 fan-made project investigates the events:  Because Destiny 2 is one of the few games that have been around for a long time, it gets a lot of new things all the time, like seasonal content and new expansions every year.

The game tends to get a lot of attention when big releases come out, like the upcoming Witch Queen expansion. As a result, Destiny 2’s file size is always growing, making the game run slower than fans have come to expect, making it less fun to play.

So, Bungie came up with the Destiny Content Vault and Beyond Light to eliminate old places and content from Destiny 2, so there was more room for new things to add to the game.

As a result, the new player experience for Destiny 2 isn’t very good, and people who have played the game before often get mixed up about the timeline of events in the world.

This is what Niven5111, a Reddit user, said in a post on the site. He said that a new website called Destiny History is now live as a fan-made project and that it is a collection of all the main events that happened from the launch of Destiny 2 until The Witch Queen.

If you want to find out what happened during The Red War campaign. Which started vanilla Destiny 2, you can go to the website and read about it. This set of important story points that new players can’t see anymore.

That’s especially good because players can get all the information they need from one place. This includes basic information about the characters in a new expansion or season that they’re interested in.

Because of The Witch Queen, Bungie will also be putting the Tangled Shore. The Forsaken campaign, and all of Destiny 2’s seasonal content from Year 4 back on hold.

However, this new project can help players learn more about old content and see what they didn’t get a chance to play before.

Destiny 2’s long history should show in the game itself through a timeline of events. On the other hand, Destiny History can be good for the whole community.

Another fan project, Destiny: Solas, came out in the last few weeks. And it lets players relive some of the best moments in the Destiny universe. It may also feature the Red War campaign because even old content can be important to the story.