A Cheese-Filled Breezehome in Skyrim 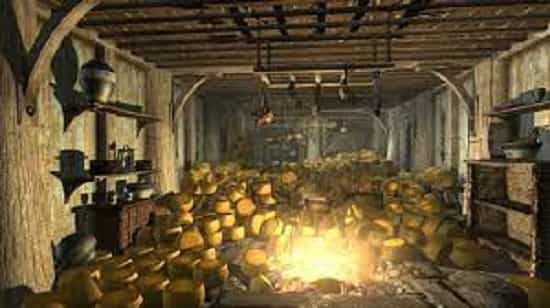 A Cheese-Filled Breezehome in Skyrim: The Elder Scrolls 5: Skyrim has a lot of things that players can do. This is a common feature of the game. In Skyrim, almost all of the stuff in the game world can use somehow.

With many of the objects in Skyrim having their unique physics. Many players have been able to achieve a wide range of strange things in the game.

Players have been able to push the boundaries of Skyrim in ways that many people who love the game didn’t think were possible because of how strange and often unexpected the game’s physics can be.

In Skyrim, for example, a player decided to fill a room with skulls and then Fus Ro Dah the pile to see what would happen. Now, another person has gone in a similar, but still weird, direction.

This picture was posted on Reddit by a user named TNWODISCIPLE. It shows how they have been filling Breezehome. A house the Dragonborn can buy in the city of Whiterun, with nothing but cheese wheels and wedges. There must have been a lot of cheese to make a mountain that tall.

This is just a picture of the cheese pile, but walking through a room with cheese all over the floor must be fun. It’s impressive how many ideas people come up with when they want to test the object physics in Skyrim.

This is what happens in Skyrim when many books dump in the same place. Another player was able to show this.

I think it’s fantastic that even though Skyrim has been commercially available for ten years, people still come up with unique things to do in it. Even though Skyrim: Anniversary Edition has just release, which has added even more content for players to enjoy. There are likely to be many other ridiculous things done in the game.

However, it will be interesting to see what the Elder Scrolls series looks like in the years to come. The Elder Scrolls 6 announce a long time ago, but there have been very few new updates about the game’s development.

As a fair point of view, Bethesda is probably working on Fallout 76 and Starfield, which are both coming out later this year. When The Elder Scrolls 6 comes out, we hope that more information will be out soon.