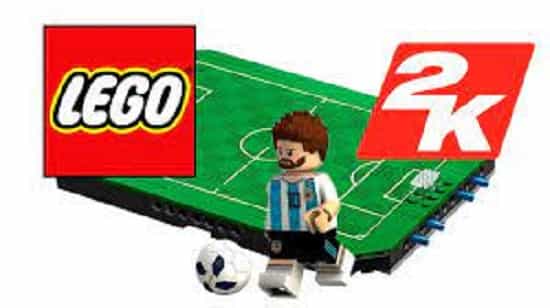 2K May Make LEGO Sports Games:  LEGO has worked with many big brands to make big video games over the years, like Harry Potter, Star Wars, DC Comics, and more. Even though LEGO has a lot of different partnerships, most of its games have had the same type of action and adventure.

Surprisingly, the LEGO brand hasn’t done more. It has a lot of creative ideas. That may be about to change, though. People say LEGO and 2K Games might make racing and sports games together soon.

A report by Video Games Chronicle says that anonymous sources say that LEGO is working with 2K on many upcoming games. In the first game, you’ll play some sports.

It will be a soccer game in this case. The game will make by Sumo Digital, which Tencent owns. Sumo Digital has made Sackboy: A Big Adventure and Team Sonic Racing.

The LEGO soccer game is supposed to come out in 2022, around the time of the FIFA World Cup, to help people play the game.

The second game that is said to be in the works is a LEGO race game. Some people might think this was a cart racer, but it’s not at all like that. Open-world racing games can fit into a lot of different types of games.

That’s not all that 2K is working on with LEGO. At least one more LEGO sports game rumore to be in the works, but VGC couldn’t say what it was about.

A big sports team is the only thing it says. Because the NBA is 2K’s biggest sports partner right now, that seems like the most likely thing. If you look at how big 2K’s partnership with LEGO is, though, you can do just about anything.

For LEGO, it’s fair to say that it has always tried out new game experiences that not tied to its leading franchises. In 2017 and 2018, Lego made the LEGO Cube and the LEGO Worlds.

A partnership with 2K Games sounds like a new direction for LEGO, branching out into successful genres that the LEGO brand should help make better.

A wave of LEGO-themed sports games, like soccer and racing games, accessible to all ages sounds like a good deal. Expect more LEGO news in the coming months.